You can dust it off and Try Again 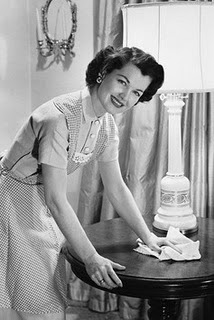 Jeeeeeeesus look at the state of this place!!!!
*dusts some more*
Look at all those cob webs!!!

Yes, yes people, it IS me! Stop double checking and no need to stop the press, I'm sure they're sick of me already anyway...

So, how have you guys been doing? Anything new/exciting? Thanks crunches for Twitter or I would have lost touch with half of you, my lovelies!
If you're one of my followers on there you'll probably know a little bit about what follows, if you don't, here's a little explanation as to why I disappeared off the face of the planet.

I started this blog mainly for 2 reasons: 1) I LOVE writing(and reading) and one way or another I'm forever writing something, so a this was a new form of writing exercise and 2) for a few years I had people with my condition from all over the world ask me for beauty and fashion advice, and a couple of years ago some of them nagged me for a while to start my own blog, so that I wouldn't have to answer the same questions over and over.
Somewhere along the way, some time between this spring and summer, something started to interfere with the above enthusiasm. It seems no matter what field or situation, there are always some people that will try their best to mock you and bring you down.....and sometimes will be as spineless as to not even be up front about it.
A few bloggers(and people) started to enjoy taunting me(and my blog) because I didn't have all the millions(this might be a slight exaggeration) readers that they had or didn't get the huge amount of PR attention they receive.
Could it be because I don't feature high end products/clothes/accessories? Maybe...(mainly because I don't live with/off mummy and daddy and I'm unemployed, therefore can't afford them)
Could it be because most people wouldn't relate to/be interested in the blog of a person with a disability? Maybe...
Could it because I don't exploit/use friends/family who work in the industry mainly for the satisfaction of being "popular" in the blogging circuit? Maybe...(and also because I don't honestly know that many people other than a MAJOR Irish designing duo)
Could it be because if I don't like someone I don't pretend to get along with them just to appear nice and cool to other people? Maybe...
Could it be because aforementioned people talk behind my back and put people/other bloggers off reading my stuff? Maybe...
Do I care? Not particularly really...

A few friends of mine actually witnessed this kind of childish (mis)behaviour with their own eyes on a couple of occasions and they could not believe it was people in their 20s/30s regressing to kinder garden mode.
Their conduct didn't especially bother me, it was more the trying to avoid them and their sneaky comments to be honest.
In the last 3 months my personal life has taken a turn for the worse, every day living has become really hard and such a chore. Blogging used to be a little getaway, but all the unnecessary bitching just amounts to the crap(apologies for the French but it's the tamest word I could think of to describe what I'm going through).
I am not going to describe in details what's going on with me, it's too personal and it would give extra ammo to the sad little cliquey vultures. I'll just say I'm on stress/anxiety medication, sure that's enough for a few of your pathetic little jokes.

I don't know yet if I'm ready to go back to regular blogging (I don't really have much trialed products to write about) and I don't know if I'll change the style of my blog with a wider variety of posts either (I know there's a risk of it making me lose readers, but unlike MANY bloggers out there, this space is not the Viagra for my ego).

I feel I owed this post to a fair few of you who have been asking questions and sending e-mails...

For people who have been enquiring about the (in?)famous photo shoot in Florence that got cancelled, we managed to re-schedule it and according to the designer and the feedback we've got from the industry, it went REALLY well. If anyone is interested in seeing the photos let me know and I'll ask the photographer if I can publish them on here.

Thanks for taking the time to read,

Posted by Hazy Fairyland at 9:36 AM