I thought long and hard about this one post, the post about my big modelling experience in Italy in June and... I came up to the conclusion that it would be WAY too long and people would get bored.
So, instead I'll do a little photo gallery with captions.

Plus as far as I'm concerned the trip dripped(see what I did there?!) with awakenings and realisations and little moments that would be too personal and difficult to explain, especially to an audience of "normally sighted" readers.

So, here goes and I hope you enjoy... 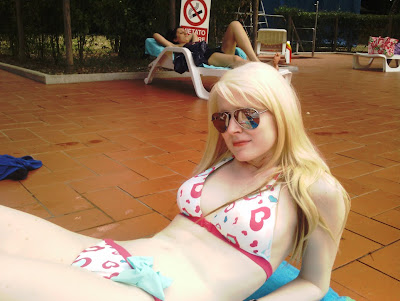 a relaxing Sunday by the pool; yes, the tan is ALL mine, not from a bottle or a bed! Later that day Florence saw the worst down pour in YEARS: about a foot of rain came down in less than half an hour. Town was a complete chaos and navigating our way back to our designer's place was quite the adventure! 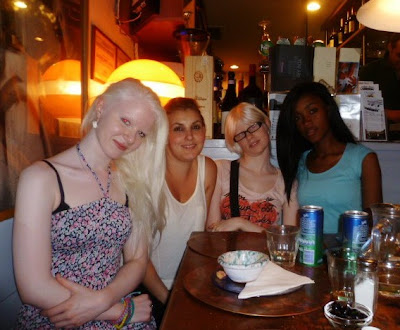 After spending a good 12 hour solid helping Alycia(far right) put the final touches to the collection, we decided to let our hair down and try to relax the night before the big day.
From left to right here you see Andrea(1 of 3 Norwegian models), good ole Carla (Alycia's Aussie best friend) and Desiree from Gran Canaria. 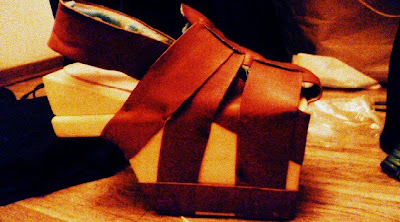 Here you can see the source of MANY a worry: the shoes us girls walked the runway in. We practiced every spare moment we had but they were so ridiculously dangerous it got to the point where the director almost had us ditch them. And the best part? We were the only non professional models, we had the most hideous shoes, but unlike the pro's, NONE of us fell on the cat walk!! Pat on the back all round!
Alycia tells me these shoes came to her in a dream...too much cheese that night, eh?! 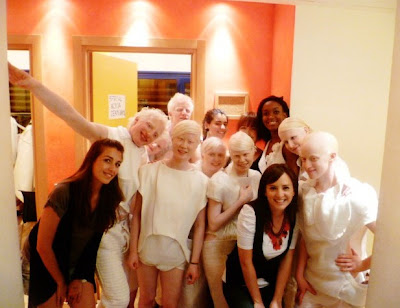 (spot me?!)
A group shot with our dressers, not long before one of the 2 shows. I love how I was put in charge of "communication" with the hair and make up department. Thankfully a couple of us had brought our own powders, foundations and concealers, just in case....we ended up pretty much doing our own make up as the professionals had nothing to match our skin tone.
I have NO idea the amount of bobby pins, hair spray and wax it took to keep my hair in place ALL DAY in that super tight bun. I had to spray my bangs in place every half an hour... 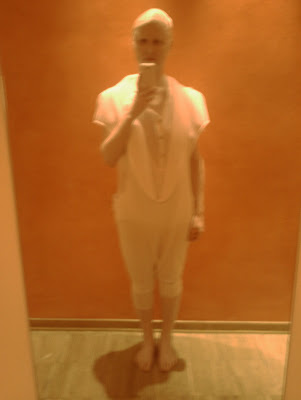 This is me (yes, really!) wearing and capturing the 3 piece you wouldn't be able to see on the cat walk. You can pick up one of the style inspirations for the collection: the 20's. 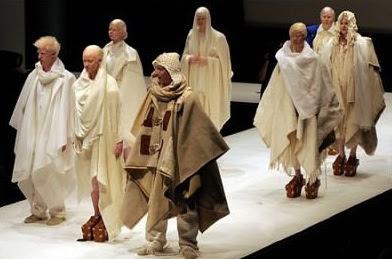 Here's one of the shots of the group mid show, I'm the one at the back with the "mop" on my head. See, the cape coat covers pretty much most of the underneath.
Now, imagine us coming out one at a time, pretty slowly compared to a normal cat walk show speed, a loud imposing music, like during THE scene in a movie, and then stopping in this formation for a few seconds....apparently we made a BIG impact and the whole thing was pretty moving, we heard reports of several members of the public actually being moved to the point of crying! 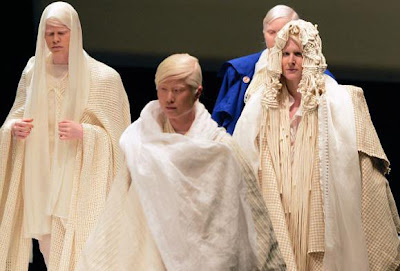 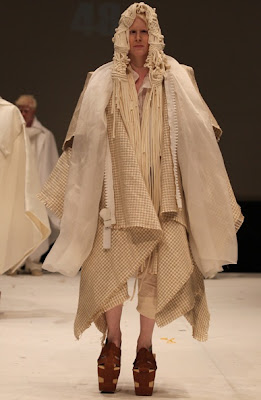 A couple of shots where you can see me better... 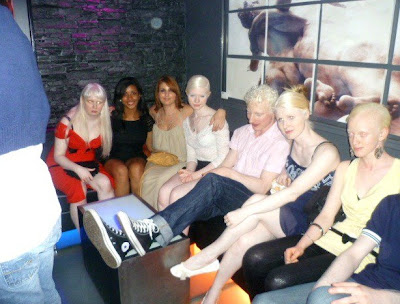 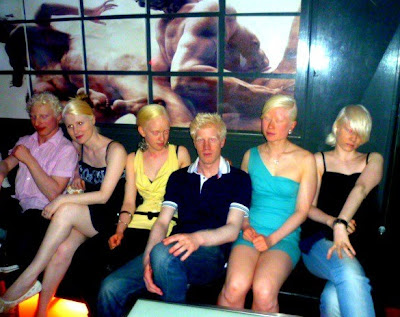 Guests of honour at the after show party. Aly's collection (amongst more than 60 of them) won one of 4 prices being given that day as "Most creative collection", which has given her an enormous amount of publicity. We're talking pretty much one of the top fashion schools in the whole world here...

The show was obviously covered by everyone of who's who in the fashion sphere in Italy and we ended up on a few web sites, the 2 most important ones being Style.it and fricking Vogue Italy, people...VOGUE ITALY!!!!

Aly's main inspiration(and aim at the same time) was the attention to the condition of people with albinism in Africa and especially in Tanzania where they get killed for body parts, believed to have magic powers. Families and relatives are so desperate they will even sell their own for a bit of money, children being killed and dismembered in front of their own siblings and parents. Those who can afford it have got to the point of living every second with body guards.
If you are interested in finding out more, just google and you'll get into a whole field of cruelty and gruesomeness.

I hope you enjoyed this little peak through the key hole, and if you have any questions I'll be more than happy to enlighten your curiosity.